Finding new regions for cultivating foods and animal feeds is becoming ever more important given the constantly growing world population. In order to protect conservation areas and forests and preserve biodiversity, innovative cultivation concepts are required that also include the utilization of aquatic locations. The Brazilian coast has a length of almost 7,500 km has enormous potential for cultivating marine algae. Marine algae are a promising protein source. They can have a protein content of up to 47% and annual dry-basis yields of up to 25 tonnes per hectare are possible. No adverse effects on marine biodiversity are expected.

Up until now marine algae have been used as a raw material for thickening agents such as alginate and carrageen, eaten directly, or used in a range of other products such as cosmetics, fertilizers, and medical applications. Marine algae have not hitherto been used as a raw material for protein-rich food ingredients. The biggest drawback is their marine odor and taste and hence low consumer acceptance of food products containing such algae.

The wider use of marine algae as a replacement for meat and bone meal and as a functional additive in animal feeds would also have a very positive impact on the sustainability of animal husbandry. Due to the high cost of marine algae (about 1.50-3.00 €/kg dry weight) and high cost pressure in animal husbandry, marine algae have up until now been little used as a protein source in conventional animal feeds. Some types of algae have had positive effects on animal health, due to the secondary plant ingredients contained therein. Their use in animal feed could therefore have positive effects on the well-being of the animals and the quality of the meat.

The objective of the SeaFeed project is to develop a holistic and sustainable concept for the cultivation and processing of marine algae. Regarding the cultivation and primary processing of algae, the focus is being put on sustainable production. Various aspects play a role here: the production of young plants, the ecological management of natural algal banks, the water consumption when washing algae, their drying, and, if possible, the implementation of a system for integrated aquaculture (combined cultivation of fish, other aquatic animals, and algae). Another objective of the project is to develop a concept for the collection and utilization of hitherto unused beached marine algae that are present in large numbers on the Brazilian north and south coasts. This part of the project is the responsibility of the Brazilian project partners and is being coordinated by the University of Sao Paulo.

The work of the Fraunhofer IVV is focusing on the processing of the algae, namely on the extraction of proteins, in order to recover ingredients having a neutral taste and high functionality for the food industry. The extraction residues are still high in protein and are can be used as an additive in chicken feed.

To achieve this goal, the types of algae having the greatest potential for cultivation, processing, and utilization as food and animal feed ingredients are first of all being identified. The potential of the algae is being estimated from various parameters: Availability as beached biomass, opportunity for sustainable and large area cultivation, composition of the algae, and processing properties. After identification of promising algae, these will be cultivated on a larger scale under controlled conditions in order to produce enough raw material for the final process development work on a pilot plant scale.

In order to utilize algal proteins in food applications, any off-odors and off-tastes must be removed. This will be achieved after the mechanical pretreatment, for example by a combination of solvent treatment or extraction using supercritical CO2 with aqueous protein extraction. The optimum process parameters will then be used to produce ingredients for application tests in foods and animals feeds as well as for feeding trials.

The project is being funded by the Federal Ministry of Education and Research (funding reference 031B0284) under the Bioeconomy International program. 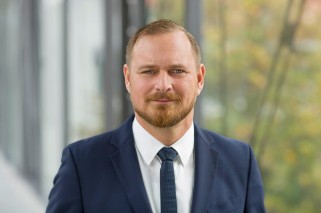