Using a combination of process engineering, chemical, and analytical methods we are developing and optimizing recycling processes that are able to eliminate contaminants from the polymer matrix. We are using these processes, for example, to minimize off-odors in packaging recyclates. We are also able to separate so-called legacy additives from the plastic waste. Legacy additives are additives in plastics which were not regulated when those plastics were produced but which are now regulated by REACH, RoHS, and other regulations for new products and hence also for recyclates. Well-known examples of such legacy additives are plasticizers (such as DEHP), brominated flame retardants (such as HBCD, PBDE, and PBB), and also lead-containing stabilizers. The focus of the development work at the Fraunhofer IVV is our own CreaSolv® Process that allows the separation of organic molecules from the plastic matrix, so enabling the recovery of recyclates free of contaminants. This approach simultaneously enables the effective separation and disposal of contaminants and a circular economy for plastic matrices.

It's easy to recover pure recyclates from contaminated plastics.

Send us your request 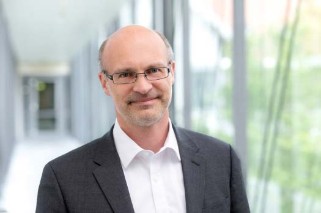