Rapidly disinfecting a room can break the chain of infection

The swift spreading of pathogens such as the coronavirus, SARS-CoV-2, poses a serious threat to civil security. In the context of an ever-growing world population with a high degree of global connectivity, we should expect pandemics of as-yet unknown or mutated pathogens to escalate in the future. Suitable measures are needed to guarantee the highest possible protection for the world’s population and combat the uncontrolled spread of infectious pathogens as early as possible. To this end, efficient and flexible methods for disinfecting contaminated rooms in buildings (e.g., hospitals, care homes, schools) and means of transport (ambulances, public transit) are necessary.

In the BMBF joint research project MoPlasDekon (funding no. 13N14127; 09/2016 - 08/2019), a mobile plasma system was developed for disinfecting the personal protective equipment (PPE) of rescue workers, and its microbicidal efficacy was investigated. Specific sensors were developed for process control and monitoring of the gas concentration in a room. For the first time, it was possible to show that surfaces can be disinfected efficiently by using compact plasma systems and ambient air with water vapor.

Based on the encouraging results of the MoPlasDekon project, the aim of the MoPlas2Dekon-PRO research project is the further development of mobile plasma technology for room disinfection on a realistic scale. At the same time, the project is characterized by its particularly high practical relevance, taking a holistic approach involving interdisciplinary research conducted in conjunction with science, industry and end users prior to practical testing.

The project mainly focusses on:

As part of user testing under the direction of the Bavarian Red Cross, the requirements of emergency personnel for room disinfection are to be determined and considered for the further development of the plasma system. The operation and practicality of the various levels of development and the final demonstrator are assessed by emergency personnel during various disaster response exercises.

The innovation envisaged is based on a versatile technology that has not yet been fully exploited in practice. The microbicidal effect of gas plasma harbors particularly high potential. A largely automated, compact plasma system for disinfecting rooms significantly contributes to preventing the spread of novel pathogens by efficiently disinfecting contact surfaces and ambient air. As a consequence, the results of the MoPlas2Dekon-PRO project are directly aimed at protecting society and increasing civil security. 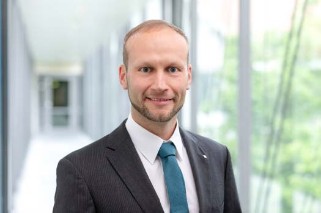